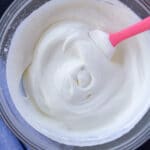 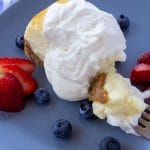 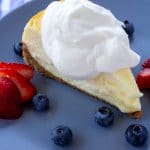 Making whipped cream at home is incredibly easy and way more delicious than buying the bottled version. Just 3 ingredients and a mixer are all you need.

I'm one of those people who, if asked if they want whipped cream on that, I will look at you like, "Uh... duh!." Who DOESN'T want whipped cream on their pancakes, waffles, hot cocoa, bowl of strawberries, directly inserted into their veins?? My kids eat it right out of the bowl (I'm not going to lie, so do I). I'll show you how to get sweet fluffy whipped cream every time with just three ingredients.

How to make homemade whipped cream

With just three ingredients and an electric mixer, you can make this whipped topping in under five minutes. All you need is heavy whipping cream, confectioners' sugar, and vanilla extract. Combine them all together using a stand mixer or immersion blender (my favorite) to create homemade whipped cream in between making a single batch of pancakes. Anything that easy, I call a win.

What's the difference between soft, medium, and hard peaks with your whipped cream?

When making whipped cream or mixing egg whites for angel food cake, you'll be instructed to make the peaks soft, medium, or hard. This indicates how thick the liquid is to get.

How to store your whipped cream

You can also use the whisk on a stand up blender like a KitchenAid for this. 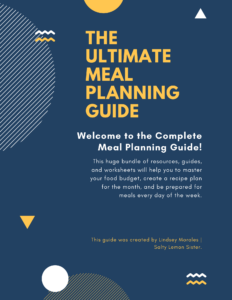